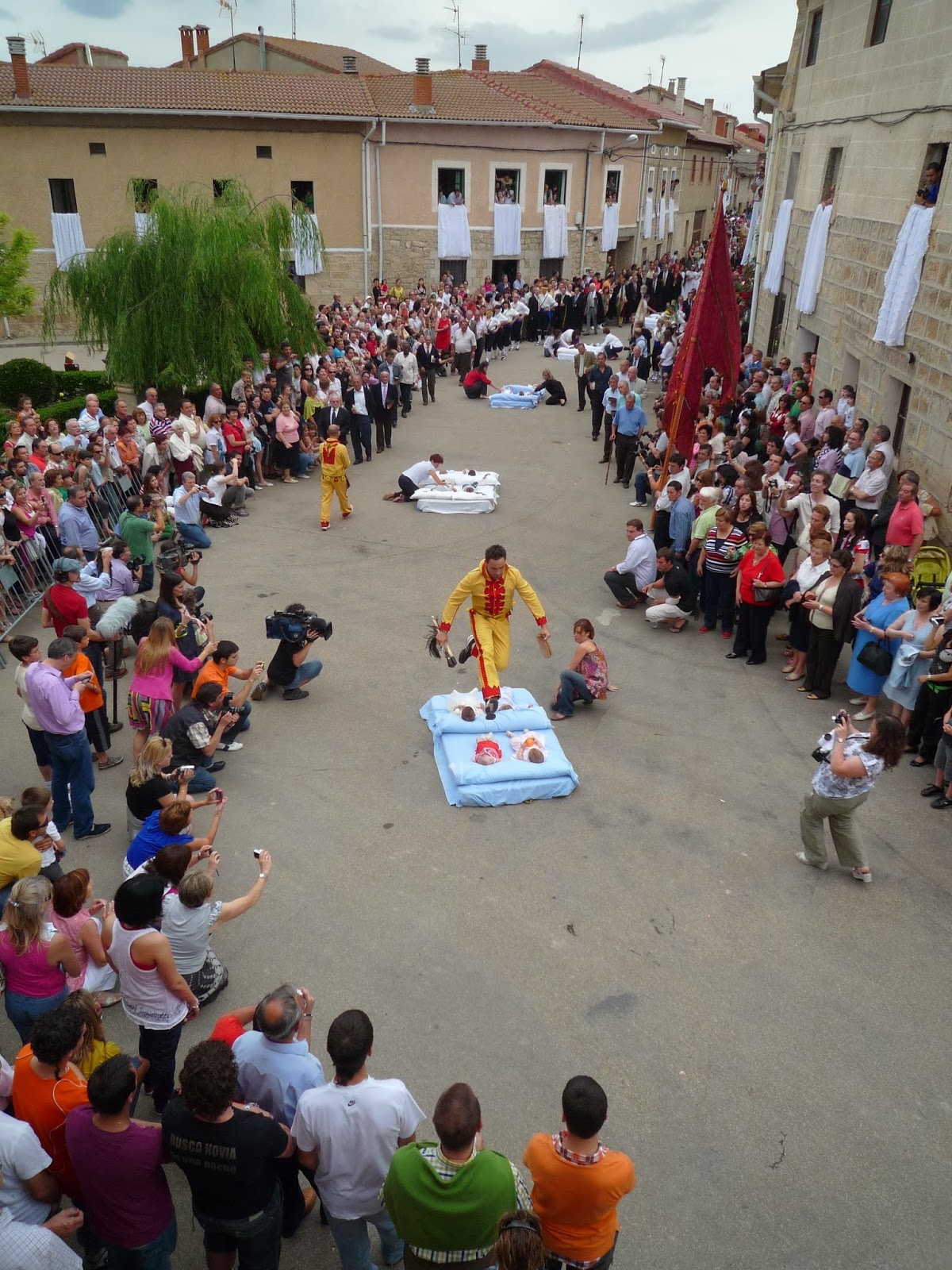 El colacho is an annual festival in northern Spain dating back to 1621. The festival is said as a combination of pagan rituals and Catholic beliefs.

This is a festival where parents have to think twice before letting the el colacho jump over their babies. The exact origins of the ritual are unclear but Spanish Catholics celebrate the festival throughout the country with colourful processions of dancers dressed as demons and angels.

Men dressed as devils have been jumping over babies in this small town in northern Spain to cleanse them of sin and guard them against evil spirits and illness. It is said that the festival will put the baby on a good path of life. Also sin will be driven away from the whole community.
Each year on the Catholic feast day of Corpus Christi, infants born in the last 12 months are set on mattresses throughout the town for a devil incarnate to leap over.

Although the festival is considered the riskiest festival in the world yet there are no reports of injuries among babies.

This festival is very important in the town of Castrillo de Murcia. Although it only has a population of 500, the town is well known because of this festival.

The festival usually takes place May or June.
SPONSORED LINKS