Hanging Coffins in the Philippines

The coffin that I am talking about is a kind of coffin that is carved out from a tree trunk. You have to find a big log and hollow it out as your very own final resting place. It is sad making your own coffin but well---it is the tradition they have been doing for so many centuries. So they are probably used to it.

When you die your body will be squashed there in your resting place (the coffin you make). Some of your bones will be broken but yeah it is the tradition so it's ok. Even if you will try to carve a tree trunk wider or longer, your bones will be squashed anyway because they will always put the dead body in a foetal position inside your carved coffin. 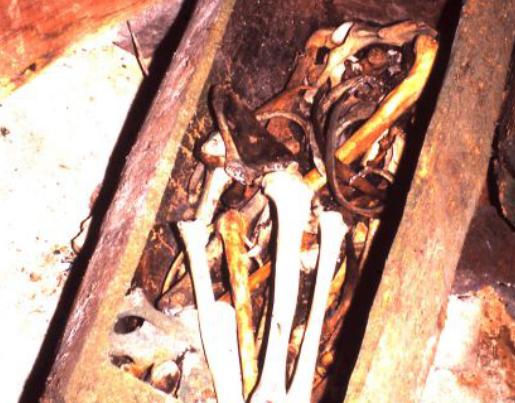 They believe that the young people will have spiritual success. Some family members will carry the corpse to the coffin which will be in the cliff waiting and the fluids that will flow out from the corpse is believe to give talent and good fortune to the relative that will carry the body.

The dead will be dressed in a family's favourite, colourful clothing so that in the next life the relative can recognize that person.

Chairs are also put up there beside the coffin as part of their ritual. Then with the chair and the coffin they will hoist your body up to the cliff. Some of those hanging coffins have been there for more than 2,000 years.