A Rite of Passage, Becoming a Man in the Philippines

For most boys summer is the fun time but not for many boys from the Philippines. Every summer, young boys have to do the traditional rite of passage called "pukpok". Not being circumcised is maddening as they will be teased forever by their peers as  “supot”, a paper bag. So boys will choose to suffer the pain of circumcision this way rather than be called paper bag. Sometimes, boys are also called "pisot" or "pakang" when not circumcised.

The rite of passage which is circumcision is scary and looks painful but since this signifies manliness boys have to endure the pain.

At the age of eight years old the boys can participate in this ritual.

The ritual has to be done near the river so before and after the ritual the boys can jump in the river to clean themselves. The man that will do the circumcision will prepare a piece of wood and a machete.

The boys will be required to chew some kind of leaves (guava leaves) which have healing properties and will stop wounds from bleeding and being infected. The quack doctor that perform the ritual will require the boy to chew the guava leaves before the circumcision.

The boys have to swim in the water first to help not feel the pain then the piece of wood will be inserted to the foreskin. The quack doctor then partially slices the foreskin with his knife or machete. Then when the foreskin is cut the boy has to spit out the chewed leaves and the quack doctor is going to spread it on the wound.

The quack doctor is going to use cloth to wrap around the wound to keep the leaves there. Later the boy will soak himself again in the river to clean and help stop the bleeding. The boys will be required to use a loose shirt or better yet his mom’s dress for the thing to heal faster. 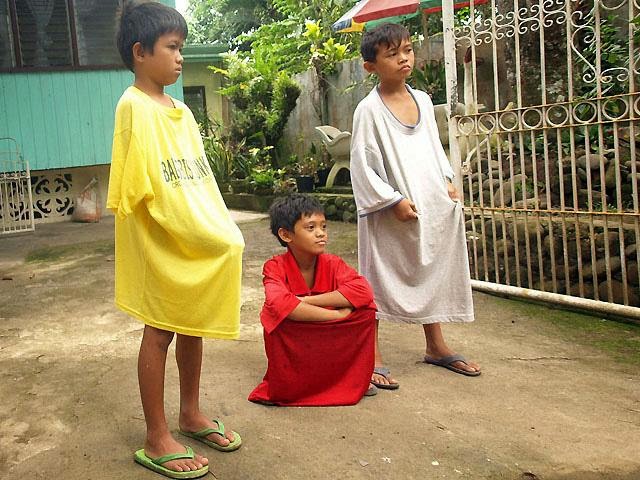 Sometimes boys will just keep the guava leaves from the surgery without soaking again in the river.

The Belief:
People believe that when you are not circumcised you will not grow properly and you have stinkiness. When you make love with your partner you will pass your stinkiness to her. Also, when you have a child your child’s’ eyes will always have eye weeds and your child will be stinky and short just like you.
SPONSORED LINKS