The Rite of Passage: Hamar Tribe in Ethiopia

The Hamar also called the Hamer tribe from Africa do their own unique rite of passage. They inhabit the territory east of the Omo River and have villages in Turmi and Dimeka.

The timing of their ritual usually is done after the harvest and parents of the young man determine at what age the young man will do the rite of passage which is cow jumping.

If a young man is disabled he will be helped by others in completing the traditional ceremony.

For the young man, the ceremony means a lot. It means he can finally have control of his life. He can get married and have children and can own goats and also cattle. 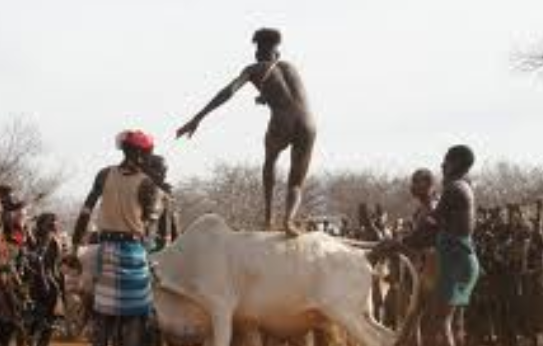 The preparation of a young man involves half shaving his head and cleansing himself from impurity. The young man has to scrub sand on his body then splatter it on his body with poop supposedly to give him strength. Then the bulls have their backs splattered with poop making the tasks almost impossible to do because of its slippery texture. If a young man will fail in cow jumping, he is considered shamed, but he can try to jump again until he can complete the task of jumping four times of the line between 10 to 30 bulls.

Once the cow jumping is completed by the young man, he can now go with maza (men that already did their ritual) and they have to shave his head completely.

The sisters of the young man undergoing the ritual have to subject themselves to whipping with cane and thorns by the maza. This way, the young man is considered indebted to them. He is required to help them if ever his sisters face difficulties in the future. For women, whipping is a way of showing their strength, maturity and devotion to men in the tribe. 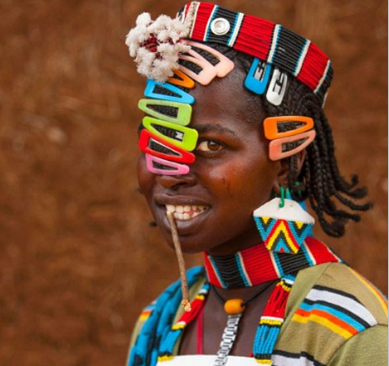 Drinking and dancing (evangadi) will also follow in the night time and girls can now flirt with men they like by kicking his knee.

Note:
In marriage, the man has to give 30 goats, 20 heads of cattle and guns as a dowry to the bride’s family. A married man can beat his wife whenever he wants to and he does not have to explain the reason behind the beatings. Neighbours are allowed to intervene only when they think the beating is too much. Once the wife has 3 children the man must stop beating his wife.