Thursday, June 19, 2014 0 news, story
A+ A-
Print Email
ADVERTISEMENTS
In Iloilo Philippines, over a week ago a man killed his neighbour for a comment made on his facebook homepage.

A man named Richard, posted a picture of him and his wife on his facebook (fb). Of course, some of his fb friends commented on the picture. But one comment posted by a neighbour irked him for whatever reason. 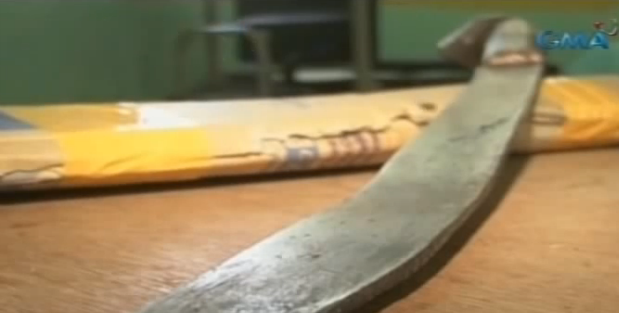 There were hahahas...hehehes...within the comment posted by the neighbour. I guess it was just a joke, whatever the neighbour was saying.

The guy, got his knife and went to the neighbour’s house whose comment he did not like. He hacked her to death. Another person was also injured for trying to stop him hacking the neighbour.

Soon after, he realized he was wrong for killing the neighbour, he surrendered to the police. He explained that he was just stressed out from work as a driver.

I do not think he will be using facebook soon.