The Hatton Garden Easter Heist 2015: Might be the World's Greatest 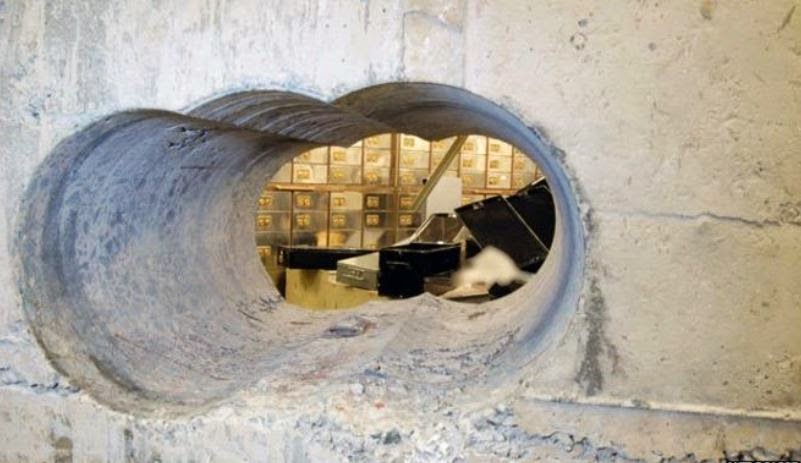 For Christians Easter is a time to reflect and make changes in their lives and try to live right around Easter Time. But, in London, a group of thieves thought otherwise.

In a complex crime that relied on a descent down an elevator shaft and on heavy cutting equipment, thieves made away with up to $300 million US dollars and other valuables stolen from a secure facility.

The robbery wasn't reported until workers returned to Hatton Garden on Tuesday morning, after the Easter holiday. The robbers are believed to have accessed the building through the roof. An alarm went off on Friday, but the police did not take action.

Police haven't yet determined the full value of the stolen goods. The BBC quotes Roy Ramm, a former leader of the London police department's elite Flying Squad unit, as saying that he "would not be surprised" if the take was worth as much as 200 million pounds sterling.

Barry Phillips (also a flying squad), tells Sky News that the high degree of organization and planning behind the crime makes him believe "the thieves will have placed all of the jewelry [with buyers] prior to the robbery."

Seventy-two security boxes were opened out of the 999 in the vault. Seven were empty and 11 were due to be drilled out because of non-payment of fees, according to Scotland Yard. The Officers have contacted 42 holders of boxes which were opened.

London's Evening Standard says the crime "could be Britain's biggest heist, potentially surpassing the £53 million stolen in 2006 from a Securitas depot in Tonbridge, Kent."