Bangladesh Bank Cyber heist: Bank Lost $81 Million, Who is the Mastermind behind the Master Heist?

The Philippines has some of the world’s strictest bank secrecy laws to protect account holders, while its casinos are exempt from rules altogether aimed at preventing money laundering.

The $81 million was stolen from the Bangladesh central bank’s accounts in the Federal Reserve Bank of New York last month via electronic transfer to Rizal Commercial Banking Corp. (RCBC). 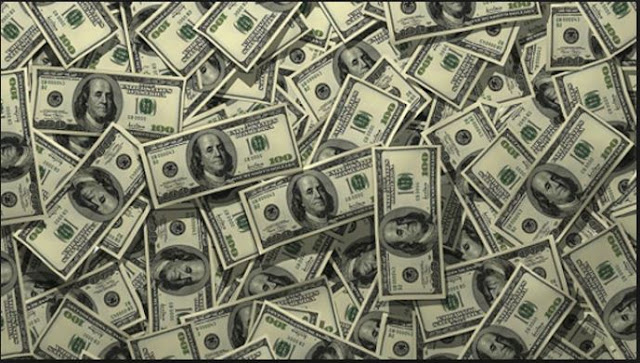 Bangladesh Ambassador to the Philippines John Gomes said there were millions of Bangladeshi employed by the garments industry and the money that was stolen was for those people. "it is their money" Gomes said.

He explained that Bangladesh is second in the world when it comes to the production of ready-made garments.

Authorities took four days to order a recall of the money. But by then, it had vanished.

Maia Santos-Deguito, manager of the RCBC Jupiter branch was stopped at Ninoy Aquino International Airport from trying to leave the country.

“I live every day in fear,” Deguito said. It could be out of fear of death threats that she  transferred the money to the fake accounts although Bangladesh Bank sent RCBC several messages via the SWIFT interbank communications network, requesting transactions be stopped and the funds be returned.

Authorities in Bangladesh and Philippines confused over who masterminded the cyberheist. Deguito’s role as manager of the bank branch that accepted and shifted the money has come under intense scrutiny.

She has accused the RCBC president, Lorenzo Tan, of ordering her to move the money while Lorenzo Tan has fiercely denied the accusations. Accusations and counter accusations between Deguito and the RCBC management have further confused investigators.

Senators who launched an inquiry last week into the heist are yet to determine whether she was a scapegoat or not, but are convinced she was not the mastermind.

“It’s a big operation. This could not have been done out of the Philippines alone,” Sen. Ralph Recto said.

The Senate blue ribbon committee inquiry and another probe by the Philippines’ Anti-Money Laundering Council (AMLC) have hit several major hurdles, including a security camera at the bank not working when the money was shifted.

A final roadblock has emerged at the casinos, with the money apparently vanishing in mountains of gambling chips and mysterious middlemen. “Our money trail ended at the casinos,” Julia Bacay-Abad, deputy director of the AMLC, told the Senate investigators last Tuesday.

On Feb. 5, the same day Bangladesh Bank was hacked, the money was sent electronically to four accounts in Deguito’s RCBC branch, according to testimony to the Senate inquiry.

Those accounts appeared to have been set up solely for that purpose because they were done using aliases, the Senate inquiry heard.

After that, the bulk of the money was transferred into accounts of a Chinese-Filipino businessmen, William Go, who has since maintained his innocence. He said his signature was forged to set up the accounts.

From there, the money was briefly held by Philrem, a foreign exchange brokerage.

Philrem president Salud Bautista told the Senate inquiry that $30 million went to a man named Weikang Xu. He was described as a casino junket operator, but senators have said they know little more about him other than he is of Chinese origin.

The AMLC said another $29 million ended up in Solaire, a casino on a glittering Manila bayside strip that the Philippines hopes will become one of the world’s biggest gambling destinations.

That money was exchanged into chips but could only be turned back into cash after being played in the casino; its management told the Senate inquiry.

Another $21 million was sent to Eastern Hawaii Leisure, which runs a sparsely furnished casino with Chinese-only television in Santa Ana, a sleepy town in Cagayan province, in the far northern Philippines, according to the AMLC.Osmeña said the case was likely just the tip of the iceberg.

“This could have happened hundreds of times already,” he said. “We discovered this one only because someone complained. But normally, if a drug dealer from Burma (Myanmar) or China would send money here, no one would complain.”

Bangladesh Ambassador to the Philippines John Gomes expressed his disappointment about the money that was stolen.

"It was really shocking that hard-earned money which belonged to our middle class and lower middle class peoples landing in casinos over here," he said.

Gomes said, "I don't believe a manager of any bank in the world could handle millions of dollars which suddenly appeared in some accounts, which now they say are fictitious accounts... I don't think, anywhere in the world, the CEO or a president of bank would allow a manager to deal with huge amounts."

A 2014 study by Oxford University, using data on the percentage of the population considered destitute, ranked Bangladesh as the third-most impoverished in South Asia, after Afghanistan and India.