Today is Good Friday. Christians believe Jesus was crucified today and they celebrate it through prayer. Others however believe that Good Friday is a perfect time to cast hexes or healing by casting out evil. All these super natural powers are said to be very strong during Good Friday.

If you are a tourist who watched the crucifixion you might want to consider going to the “Island of Fire”, which is Siquijor.

That is the Island in the Philippines where you can find 2 kinds of witches good and bad. 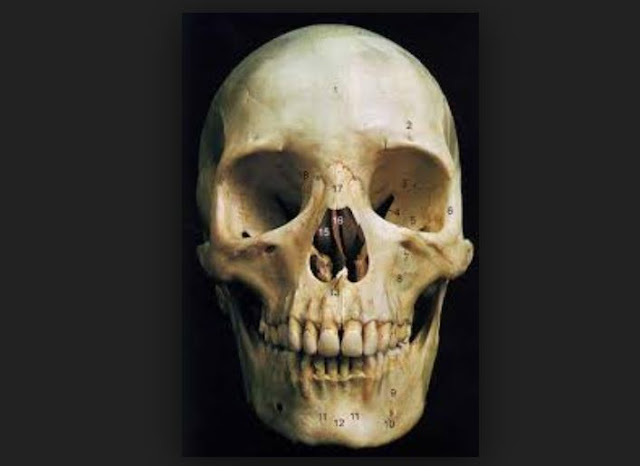 Siquijor Witches:
The “mambabarang” can inflict illness and death to enemies of their clients by casting an evil spell on them. A “barang” is said to be a magic spell that causes beetles, roaches and other insects to mysteriously infiltrate and cause the stomach of the victim to swell and eventually burst.

The “mananambals ” folk healers, who are called upon to heal ailments and counter the evil spells cast on unfortunate people in a classic duel of good versus evil.

The “Paktol” is a deadly hex cast with the aid of a spirit to cause the death of the victim.

All of these rituals are more effective when performed on a Good Friday of the Holy Week.

Mang Edong:
In the Highest Mountain of Siquijor Mt. Bandilaan you can visit the man named Alberto Baroro (Mang Edol) a well known sorcery in that area. There is no other transportation in that area except habal habal (bike).

His house stands in the middle of a forest, surrounded by tall trees. In his garden are different herbal plants like tudlo kamay, managhoy, talirugok, and tambal. He uses their leaves and the roots in making concoctions, love potions, lucky charms, and pangontra or protection from a sorcerer’s spell. Mang edol has been doing this magic for over 40 years.

“Some of my clients come all the way from Dubai, Singapore, Abu Dhabi, America, and Cambodia,” Mang Edol said. He handles land conflicts, marital infidelity, and rape victims who want to exact revenge.

However, he does not accept all the cases brought to him, except when you can prove that you are a victim of injustice. Some of his clients want the most extreme penalty for their enemies, meaning death. Clients pay to scare their enemies or inflict pain to teach them a lesson, he says, showing pictures of the persons he has cursed. You can pay 20,000 to 30,000 php or depending on your capability to pay. He has cursed so many people that he can no longer remember how many. The

“Grimm” ritual “Paktol”
-Human skull “When someone good dies I will ask the family for the skull. No one has said no to me yet.” I guess he uses the good man’s skull for his purpose.
-Black candles
-Ashes
-Photo of the person to be cursed (He can also use a lock of hair or piece of clothing but he prefers pictures)

He does the ritual every Friday at 12 noon, for 30 minutes. This ritual can be done in the house sometimes, or in a cemetery where he buries the picture of the person being cursed. He also does the ritual in the Church where he seeks help from the saints.

He utters a prayer in Latin for more than two minutes. Lights the black candle and would place it inside a tin can. On a small sheet of paper, he will write the name of the person and place it inside the skull and burn the photo turning into ashes. After seven Fridays he will go to the cemetery to bury the name and picture of the one he cursed.

Mang Edol said, “the victim will suffer from different serious diseases which cannot be treated by doctors. The person’s condition may get worse until he dies.” His client sends a text message or calls to inform him about the fate of the victim.

The death spell, can be reversed if his client wishes it. “I reverse the spell by digging the picture of the victim I buried in the cemetery. But I have to be informed of it immediately, because if the victim’s condition gets worse, it may be too late and I can no longer do anything to save him,” Mang Edol said.

According to some reports he got his power from an old woman who gave it to him. Others say his parents passed it to him.

Vicente Tumala:
If you are just looking for amulets, love potions and magic oils, you might want to find Vicente in San Antonio another mountain of Siquijor. His power can make even a paper cut out dolls stand up and dance to the beat of a stick on his hand. This has been documented by a TV network in the

Philippines. According to some interview he claimed he can extend your life and can also raise the dead.

You can also see in Siquijor:
The Black magic Mary or Saint Rita: Her Image shown holding a skull and an inverted cross. According to the story she murdered  her abusive husband (the skull she is holding), inverted cross giving honour to the local witches. 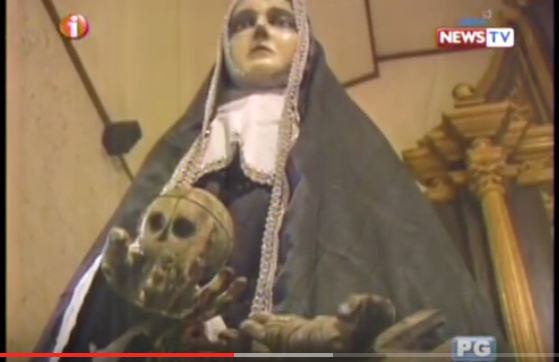 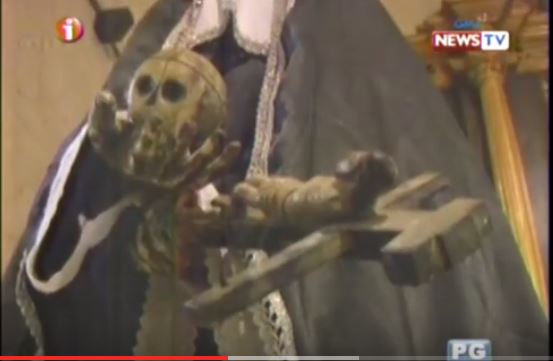 The priest however has another story. He said her husband got murdered but she did not do it.

The two sons, wanted to avenge the death but she prayed that her sons will die of natural death to stop them from committing a crime. It did happen. The two sons died from natural death.

Locals said that praying to her will give you warning of your accident and thus avoiding your possible death.
SPONSORED LINKS