Salah Abdeslam: In Police Custody, his Lawyer plans to Sue Francois Molins for Breach of Confidentiality 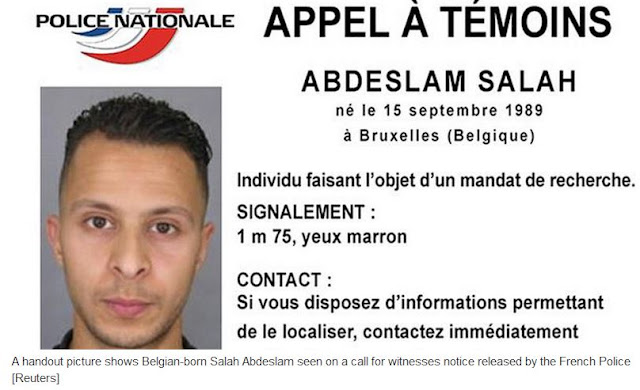 Sven Mary a lawyer of Abdeslam said he plans to take legal action against Paris prosecutor Francois Molins for breaching the judicial confidentiality.

He told Belgian public broadcaster RTBF that Mr Molins' comments at a news conference were "a violation... I cannot let it go unchallenged".

Paris prosecutor Francois Molins, said during the conference, referring to Abdeslam's statement to Belgian police, "He wanted to blow himself up at the Stade de France and, I quote, backed out."

Salah Abdeslam is a French national, has been on the run since last November 2015. He is a suspect thought to have masterminded the attacks in the French capital, Paris that left 130 dead
March 18, 2016:
A suspect has been shot and arrested in a police raid in the Molenbeek area of Brussels on after a four-month international manhunt.

Abdeslam is alleged to be the only survivor out of at least nine terrorists who killed 130 people in Parisian restaurants, shops and a concert venue the night of November 13, 2015.

“We got him,” the Belgian secretary of state for asylum and migration tweeted.
Police said the 26-year-old was wounded in the leg and that a second person was arrested during the operation.
Several exchanges of gunfire could be heard in Molenbeek.
Security forces wearing black uniforms guarded a street. Reporters at the scene described white smoke rising from a rooftop and also a helicopter hovering overhead.
According to the report it was about three hours after the raid began and at least two more explosions were heard in the area.
A Belgian media reported that a third man was arrested.

The police operation was launched just as Belgian prosecutors confirmed that Abdeslam’s fingerprints had been found at the apartment that was raided in the Forest area of Brussels on Tuesday. Two suspects ran away.

A Belgian federal prosecutor, Eric van der Sypt, said it had not been established how old the fingerprints were, or how long Abdeslam had spent in the flat.

On Tuesday, when French and Belgian police arrived to search the apartment they were fired at from behind the door. A police sniper shot one of the gunmen through a window. Mohamed Belkaïd, a 35-year-old Algerian was living illegally in Belgium. Mohamed had a theft case in 2014.
The Belgian prosecutor’s office said Belkaïd was “more than likely” one of the key logistics operatives behind the Paris attacks who had been sought by police under the false name of Samir Bouzid. Le Monde reported that investigators believe a man using the name Samir Bouzid had received the last text message “We’ve left, we’re on the way” which was sent by three of the terrorists before they attacked the Bataclan concert hall.
Abdeslam had called friends to pick him up in Paris hours after the attacks. Going to Belgium, it was said that the car was briefly stopped at the border. Abdeslam’s ID was checked, but was allowed through.
Abdeslam, a 26-year-old French national fled Paris to Belgium by car after the 13 November attacks that killed 130 people. Abdeslam's elder brother was among the suicide bombers who killed themselves in Paris during that shooting rampage.
Police believe he also played a key role in the logistics of the Paris attacks and with the three suicide bombers who blew themselves up at the Stade de France as part of the coordinated assault.

A fingerprint belonging to Abdeslam was found in one apartment also traces of explosives, possible suicide belts and a drawing of a person wearing a large belt.

Authorities also found DNA traces of Bilal Hadfi, another of the attackers who blew himself up with a bomb vest near the French national stadium during the attacks. 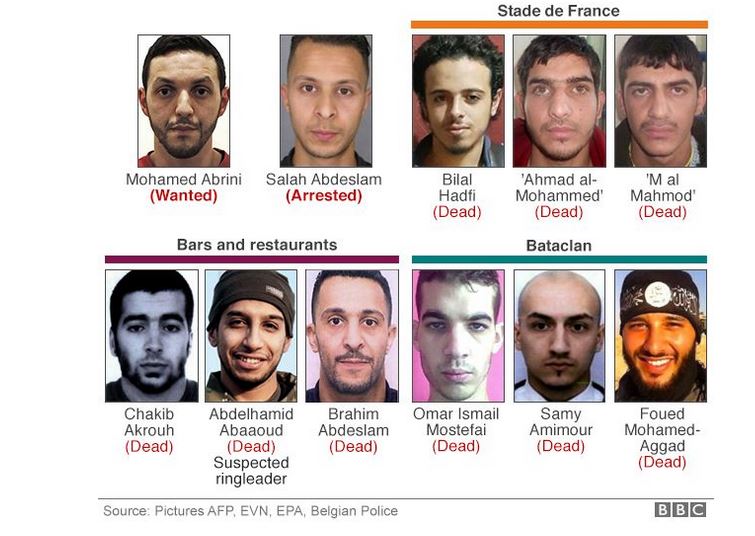