Home » news » places » story » travel » Manny Pacquiao: A boxer with a Purpose, but he should not retire from Boxing Just yet, he has much to Accomplish
SPONSORED LINKS

Manny Pacquiao: A boxer with a Purpose, but he should not retire from Boxing Just yet, he has much to Accomplish

Last night after victorious fight over Timothy Bradley, most of the 14,665 fans inside the MGM Grand Garden Arena wish Pacquiao to continue with his beloved sport boxing. 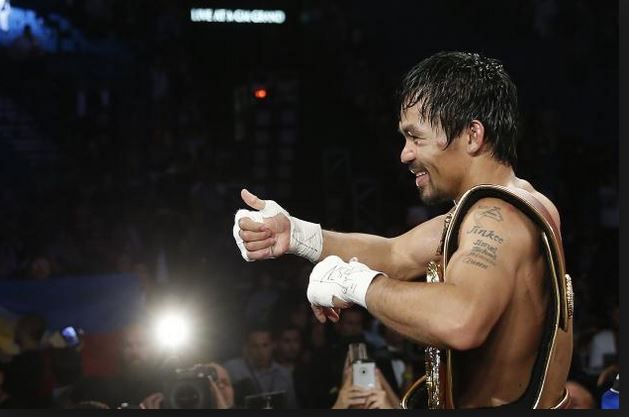 Manny said “I have a commitment to my family that after this fight, I’m going to go back home, spend more time with them.”

Although he did not mention his run for a Senate seat, people knew that it is probably one of his reasons why he decided to leave the ring. He was always absent during all the caucuses held. Many people raised a lot of question of whether he should continue to run for a higher political office or stay with his sport.

Many of his relatives, his mom Dionesia and wife Jinky have been trying to stop Manny to retire from the sport.

According to Compubox stats, Pacquiao connected on 122 of 439 blows, landing 92 of 201 power punches.

People think Manny Pacquiao should not retire yet:

Manny still has Power to defeat his opponent:
Bradley said of Pacquiao: 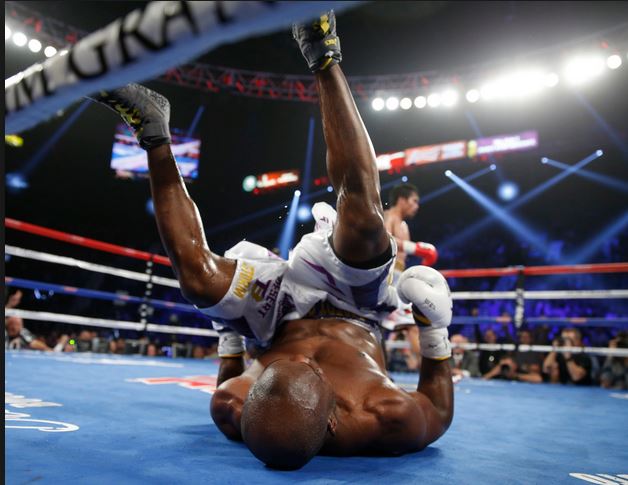 "He's just very quick, very explosive," "It's hard to really judge him. He has quick reflexes and he has experience. He used his experience against me, his ability and he won the fight tonight.” 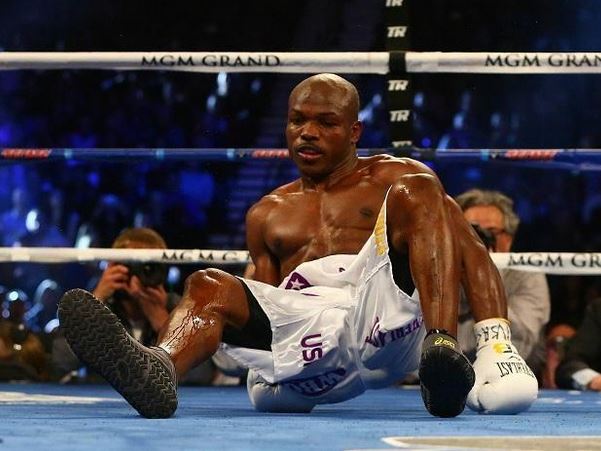 Roach said:
“He may be a little rusty, But if he wants to continue fighting, I think he can still go.”

Fans still want to see Pacquiao in the ring:
Pacquaio always made the fight interesting because of his aggressiveness.
There are many actions in the ring with Pacquiao. Not running not hugging i.e. Floyd. Manny won't threw punches either if your opponent is not ready yet. If you are fighting with Floyd, don't let your guard down or you will be sorry at the end.

Many poor people Needing help from Manny:
mannypacquiao said;
“I can never explain the pain of growing up in poverty, but it has helped me understand those in need and I love giving back.”

Pacquiao also sponsored many less fortunate students to school and there are a lot of people asking for help even on his instagram acct ie.

Crime free for a day:
It was said that when Pacquiao fights the country's crime rate will be 0 (none). Rich and poor alike watched him fight in the ring. Good guys and bad guys are getting along well. Manny's fight will give them something exciting to think about and not commit crime.
Now that Manny said he is retired this zero crime is over.

Politics in the Philippines:
Some people think that politics will just give Manny headache than a punch on his head. There are always people that will mock him due to his limited education and people will just bring him down.

Regardless of the things he accomplished and will accomplish in the future, people will always find ways to complain about him.

He might change his mind and we will find him again in the ring sometime.

Whatever your plan Pacquiao, continue to inspire and give people hope.